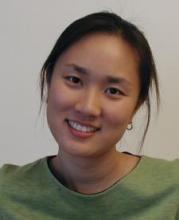 Jiwon Yoon received her Ph.D. in the Mass Media & Communication program at Temple University in 2010. She received a M.A. in Media Ecology from NYU (2005) and a B.A. in Mass Communication from Handong University in South Korea (2002).  She has both professional and research experiences in the field of mass media and media education. Her professional experiences include teaching media literacy in South Korea, China and the U.S. She also has extensive communication experiences including documentary direction, public relations management, and broadcasting.

Jiwon's research experiences started since undergraduate days. She was a part of a teamfunded by the LG Company to conduct group research in the UnitedStates, Canada and Korea regarding education program for teenage single parents.  In 2001, she wrote a thesis, An Effective Method of Improving Cultural Exchange to Bring North and South Korea Together: Concentrating on Mass Media, for which won an award from the Korean government.

Some of her recent research is available as part of the Media Education Lab's Working Papers series. of which she serves as Editor.