Please join us on Monday, February 7 from 1:30 – 2:30 p.m. as distinguished Temple alum Nathalie Applewhite joins us for a presentation on the work of the Pulitzer Center on Crisis Reporting, an innovative award-winning non-profit journalism organization dedicated to supporting independent international journalism. 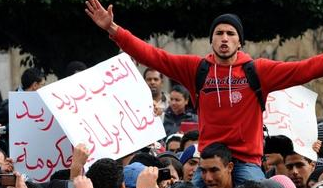 Who?         Nathalie Applewhite, Managing Director of the Pulitzer Center on Crisis Reporting
When?       Monday, February 7, 1:30 – 2:30 p.m. with coffee and conversation to follow in the Annenberg Atrium
Where?      Annenberg Hall, Room 4 (lower level)
Why?         To learn about where a Temple alum’s passion for documentary film, global peace and quality journalism has taken her

The Center focuses on under-reported topics, promoting high-quality international reporting and creating platforms that reach broad and diverse audiences. The Center's educational programs provide students with fresh information on global issues, help them think critically about the creation and dissemination of news, and inspire them to become active consumers and producers of information.

THIS EVENT IS OPEN TO THE PUBLIC AND ALL ARE WELCOME TO ATTEND
Learn more about the Pulitzer Center for Crisis Reporting at: http://pulitzercenter.org


About the Presenter
Nathalie Applewhite has worked nationally and internationally on documentaries, educational, political and commercial productions as a producer, director, and editor. She has also worked as a consultant for the Executive Office of the Secretary General at the United Nations and as a project manager and media specialist for the University of Pennsylvania’s Literacy Research Center where she produced educational media, including video and interactive web resources, for both national and international programs.

As Managing Director of the Pulitzer Center, Nathalie supports the Executive Director with overall management of the Center and its strategic development, and with the selection and management of reporting projects. She is the managing producer of the interactive narrative projects (Heroes of HIV and HOPE) and oversees all video production for the Center. Nathalie also oversees the design and development of their website and their educational outreach programs, and advises on the development of outreach strategies for reporting projects and the Center.

Her documentary Picture Me an Enemy, about two young women from the former Yugoslavia, won several awards, including best documentary in the Philadelphia Film Festival of Independents, and was nominated for a regional Emmy in the category of Outstanding Documentary Program. She is also the recipient of the Leeway Foundation's Harmony grant for projects that promote racial, religious and ethnic tolerance.

Her interests lie at the intersections of media, democracy, and nationalism, and in the role of media in war and its potential in conflict prevention, resolution and peace-building. Nathalie co-presented a workshop on the subject of war and representation at the International Institute on Peace Education’s 2005 Program, and has presented numerous talks on topics such as the role of media in conflict, journalism in crisis, global reporting at a crossroads, and more, at universities and conferences across the country. She has also presented several workshops on multi-media reporting for journalists in the US and abroad.


Meet Nathalie Applewhite of the Pulitzer Center for Crisis Reporting on Monday, February 7, 2011