This summer, July 8 - 30, 2012, the Media Education Lab hosted a workshop for Rhode Island foster kids, ages 14 - 16, in coordination with the First Star Academy. A final report of the program decribes key features of the program. See the PDF in the yellow box. 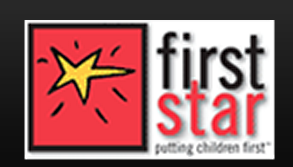 The program is designed around a key question as the main focus of the workshop throughout the month of the camp: “How do we communicate effectively in the 21st century?”

In order to be a good communicator, people need to know how to convince, entertain and tell a story using a variety of media forms, including image, language and sound.

The four-week program (28 hours of instruction in total) includes three topics. In the first week, participants learn about advertising, public relations and persuasion by analyzing advertising and by producing their own ads. Using social networks, students will learn how to reach a variety of audiences with their persuasive messages. 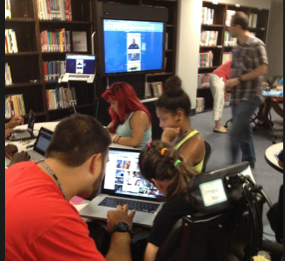 In the second week, students explore the genre of music video by analyzing and producing their own videos. In the last two weeks they will learn how to tell a story and create short personal documentaries. Using social networks and WordPress, students inquire, articulate a story, write a script, shoot a report, and edit and upload to the web. On the last day of the camp, a public screening showcases all the videos produced in the workshop at Swan Auditorium on the campus of the University of Rhode Island.

Jonathan Friesem. Jonathan (Yonty) Friesem is a PhD student in the Education doctoral program at the University of Rhode Island. For the last fifteen years Jonathan worked with numbers of media youth organizations and colleges in Israel. Jonathan received an M.A. in policy and management in education and continues to advocate for research on the impact of media production experiences of adolescent social and emotional development.

Kelsey Greene. Kelsey Greene recently received a BA in Documentary Studies & Production from Ithaca College. She has worked on media curriculum development with organizations such as Green Living Project and Project Look Sharp. Last year she worked at the Squeaky Wheel Buffalo Media Resources, Buffalo, NY as a media production instructor and program developer.  She is currently working with the Media Education Lab as a web content manager and assistant instructor in media literacy for the First Star URI Academy.

Elizaveta Provoroa. Elizaveta (Lisa) Provorova is a PhD student at Temple University, Philadelphia. Elizaveta is studying in Mass Media and Communication program and her research interests include the impact of media representations on public understanding of sensitive issues, the role of the language in culture and in globalization. Elizaveta came to the United Stated from Russia where she studied for eight years in St. Petersburg State University for MA and PhD degrees, majoring in cultural studies.

Tim Tierney, Intern. Timothy T. Tierney is a Computer Science major at the University of Rhode Island. He is currently learning how to play the guitar and how to create a 3d animation. During URI’s basketball session, he is also a cameraman and matrix operator for the Ryan Center Tech Services. His favorite sports are biking, snowboarding, and cross-country running. His future goals are to create videogames and sail across the Atlantic ocean.