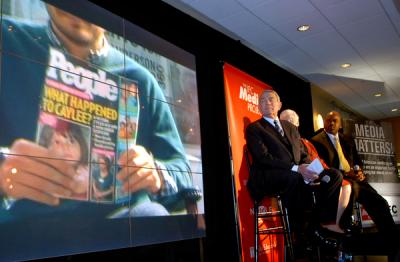 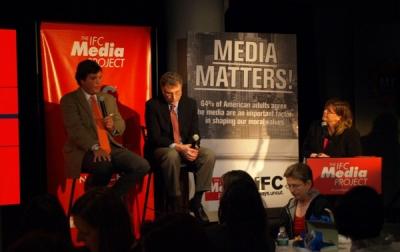 At these events, we discussed how the news media reports on crime and how crime news coverage affects our community. Weapplied the critical questions of media literacy to analyze TV news, and there was dynamic, interactive small-group roundtable discussion featuring media professionals, academics, college and high school students, and civic and community leaders. We also featured the work of some educators and activists who are developing media literacy programs in both Philadelphia and Boston.

This eventis was co-sponsored by the Independent Film Channel(IFC), the Media Education Labat Temple University, the Aspen Institute for Communications and Society, and the National Association for Media Literacy Education (NAMLE).