Lund University in Sweden is hosting a conference on Media and Transgression and Professor Renee Hobbs presenting a research paper exploring how digital and media literacy educators respond to student behavior and/or media content they create that might be considered "inappropriate" or even transgressive. 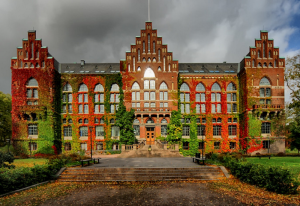 As the conference organizers note, transgression is all about breaking the rules. Media and transgression is a broad topic within which to critically examine rule breaking across cultural industries, aesthetics, form and cross media content, and production, participation and reception contexts. Transgression is about people’s capacity to break the rules, to disturb and subvert political and cultural institutions, to create and remix content, struggle over meanings and produce new forms of political and self-expression. To that end, transgression is about power, the power of elites and non-elites, systemic and symbolic power, and the power of human agency within media, society and culture.

This conference considers media and transgression in relation to the following areas of enquiry: political transgression, for example social movements, activism, and subversive politics; informal media economies, including piracy policies, discourses and practices; cross media content, form and aesthetics, such as hybrid genres, taboo topics, mashup and remix cultures; and transgressive roles, for example the blurred boundaries of witness-perpetrator, producer-user, fans and anti-fans, audiences and publics within media and society.

The research questions include:

These research questions can be applied to different approaches to research on media and transgression within media, communication and cultural studies, media history, film studies, sociology of media and culture, political communication, anthropology, and cultural geography, amongst others. The aim is to provide a platform for international scholars from various disciplines to debate the complex issues at work in understanding the theories, processes and practices of media and transgression.