Hobbs to Speak at the 7th UNAOC Conference in Baku, Azerbaijan

Renee Hobbs has been invited to present at the United Nations Alliance of Civlizations conference in Baku, Azerbaijan. In 2016, the conference theme is "Living Together In Inclusive Societies: A Challenge and A Goal" will be the theme of the 7th Global Forum of the United Nations Alliance of Civilizations (UNAOC), to be held 25-27 April, 2016 in Baku, Azerbaijan. Since 2007, Professor Hobbs has attended and presented at previous gatherings of the UNAOC in Istanbul and Madrid. She will be a featured speaker at the event on Wednesday, April 27, entitled, "Media Literacy: Tools for Building Resilience to Violent Extremist Propaganda," where she will feature the Media Education Lab's new educational website, Mind Over Media: Analyzing Contemporary Propaganda.

The United Nations Alliance of Civilizations (UNAOC) was established in 2005, at the political initiative of Mr. Kofi Annan, former United Nations Secretary General, and co-sponsored by the governments of Spain and Turkey. A high-level group of experts was formed to explore the roots of polarization between societies and cultures today, and to recommend a practical program of action to address the issue, which formed the basis for the implementation plan of UNAOC.

Guided by this report, the principles of the UN Charter, the UNAOC works towards a more peaceful and socially inclusive world, by building mutual respect among people of different cultural and religious identities, and highlighting the will of the world's majority to reject extremism and embrace diversity. In its 2006 report, the high-level group identified four priority areas for action: Education, Youth, Migration, and Media. UNAOC project activities are fashioned around these four areas, which play a critical role in reducing cross-cultural tensions and in building bridges between communities. 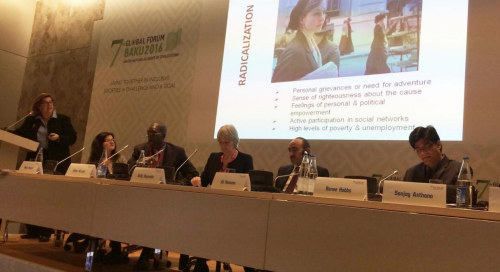 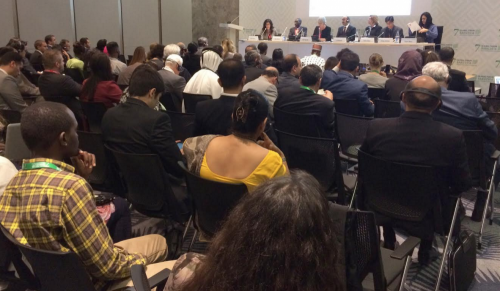