Beyonce's "Move Your Body" is inspiring young people to dance to stay healthy. Renee Hobbs is interviewed in WHYY's feature story on the music video and the exercise campaign. But it turns out that Beyonce may -- or may not be-- the new Fonz. 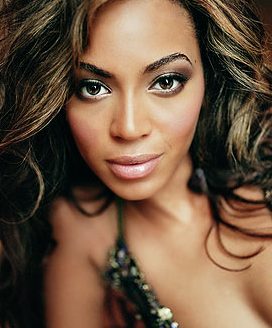 FROM THE WHYY WEBSITE: "What we are seeing here is a responsible use of celebrity," says Renee Hobbs, a professor of communications at Temple University. She says the video has already made an impact, "one of the reasons it's so effective is that it is a terrifically catchy song with a wonderful set of support materials to help kids learn the dance moves associated with the song."

Whether or not the dance and the message will have long lasting effects is yet to be determined. I asked Temple professor Renee Hobbs if she remembers another example of celebrity influencing adolescent behavior in a positive way. She went back a ways… remember "Happy Days?" Well, "in one episode when the Fonz went to the public library and took out a library card within the next month the American Library Association reported that there was something like a 500% increase in the number of library cards issued, so Beyoncé is the new Fonz." 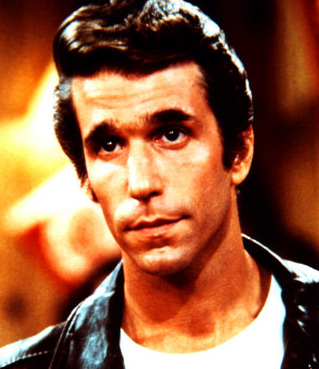 NOTE FROM THE MEDIA EDUCATION LAB: After being interviewed for this broadcast, Hobbs looked back at the evidence for the commonly-stated claim about the positive influence of the Fonz on library use. Here's what she found at the American Library Association:

FROM THE AMERICAN LIBRARY ASSOCIATION: As stated on the reunion of the cast of the 1970s ABC-TV television show, Happy Days, is it true that after the airing on September 27, 1977, of the episode titled, "Hard Cover," in which the show's most popular character, Fonzie, portrayed by actor Henry Winkler, got a library card, that library card registrations by children suddenly received a dramatic increase, as much as 500%?

Yes, as discussed in the Happy Days 30th Anniversary Reunion television special that first aired on the ABC network on February 12, 2005, the Fonzie character did encourage his buddies to get a library card (the "Hard Cover" episode already has a claim to fame as being the first episode after Fonzie, ahem, "jumped the shark" in the season's three-part opener), but the American Library Association has been unable to document an increase in signups of the magnitude suggested by Winkler. Only a few states track the number of library cards held with any reliability, and there is no report in ALA's American Libraries or in any other library press periodical telling of a surge in signups in the months following the episode.

The number of library cards in the United States is one statistic that isn't collected for the Public Libraries in the United States federal survey series by the Institute of Museum and Library Services. Neither does a number appear in The Bowker Annual Library and Book Trade Almanac. There's a hesitation to collect and present such numbers, due to the fact that the accuracy of them would vary from library to library. For example, ALA publishes its own annual public library survey through its Public Library Association (PLA, a division of ALA), the Public Library Data Service (PLDS) Statistical Report, which is conducted on a random sampling of about 1,000 public libraries all over the US, of various population served sizes and locations. The survey questionnaire does ask each library to provide its number of "library registrations" but with the caveat: "Report this figure only if the library has purged its file at least once within the last three years. If not, indicate by putting N/A in the space." Many of the participating libraries, which are individually named in the report, do provide a number, but dozens of them do not. Patrons move away, or pass away, and citizens are under no obligation, legal or otherwise, to inform public libraries of their own or a relative's status and its effect on the library’s number of registrations.

In short, there is no way to prove--or disprove--the statement. Winkler, providing the keynote speech at the closing session of ALA's 2005 Annual Conference, has spoken before of what he has overcome to become successful in his chosen profession, and he is obviously passionate about inspiring others, especially children, through literacy. For more information, see the article, From the Desk of Norman Lear: The Fonz, Drunk Drivers, and Trash, available from the Environmental Media Association, and the Happy Days Wikipedia entry. Also see the Entertainment Education and Health in the United States article that appeared in the Spring 2004 Issue Brief of the Kaiser Family Foundation.

FROM RENEE: Yet another reason to love libraries and librarians!