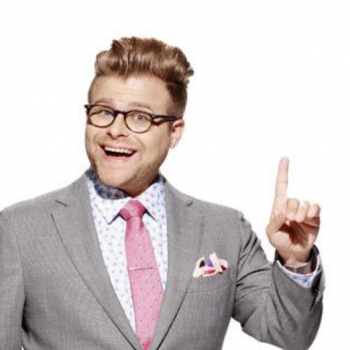 Guided inquiry & viewing of Adam Ruins the Internet helps learners reflect on the pros and cons of media regulation.

In these four lessons, students use the episode Adam Ruins the Internet (Season 2, Episode 12) as a starting point to discuss the role of the Internet in modern culture and learn about media policies that shape people’s online experiences. Students also consider their own role as active participants in navigating life online, considering two sides of the argument: is the Internet destroying our culture, or is it a natural extension of human communication processes that reflect human nature? Students gain knowledge about regulations governing Internet service providers and discuss the importance of competition in the media. Finally, students reflect on the way they themselves communicate online in ways that empower or hurt themselves and others. Drawing on what they have learned, participants create media texts to reflect and share insights with their communities.

In Season 2, Episode 12 titled Adam Ruins the Internet, Adam challenges his friend (who is initially critical about the media) to think differently about the way the Internet functions.The episode has four short segments, perfect for in-class viewing, and this curriculum guide includes activities for each section.

LESSON 1: Blaming the Media.  Adam explains to his friend why the fears about the Internet’s negative impact are unfounded. He describes how every form of media (books, newspapers, telegraph, telephone) was initially considered harmful. Adam argues that new forms of communication do not make people worse, but provide new opportunities for connection and learning.

LESSON 2: Virtues of Competition. Adam explains to his friend (who has now become more optimistic about the Internet) how the lack of competition between US cable companies makes American Internet worse than in most other countries. Adam tells how policies that create the lack of competition were established, why they are so difficult to challenge, and how they hurt us in our everyday lives.

LESSON 3: Free Internet: Reality or Illusion? Adam uncovers business models behind Facebook and Google that make free Internet a dangerous illusion. He explains how these companies collect data about their users and sell this information to advertisers, therefore turning each user into a product. By the end of this part, Adam’s friend is in despair as he has realized that the truth about the Internet is even worse than his initial concerns.

LESSON 4: The Internet is Us. Adam cheers his friend up by explaining how we can use the power of the media technology to challenge things we do not like about the way the Internet functions.

Learning Objectives.  After completing these activities, students will:

Adam Ruins Everything is a comedy education TV show that runs on the US cable and satellite television channel truTV (formerly Court TV, owned by Turner Broadcasting division of Time Warner). In each episode, the show’s talented and inquistive host Adam Conover debunks popular misconceptions, false impressions, and ideas. The show uses a form of comedy that involves questioning. Similar to the practice of inquiry education, Conover takes ideas, pulls them apart, holds them up, and looks at them. The show advances media literacy by teaching its viewers to be critical thinkers and lifelong learners who ask questions about things that seem obvious and are not afraid to challenge their own preconceived opinions.