Researchers at Temple University's Media Education Lab have created two animated music videos to clarify the purpose of copyright and the doctrine of fair use. Catchy lyrics and clever visuals help people understand how "context and situation determine how fair use applies" to the use of copyrighted materials.

A solid understanding of copyright and fair use is especially important for the use of remix practices that are now common on You Tube, MySpace and other social networking sites. That's why they've posted their music videos toYou Tube. 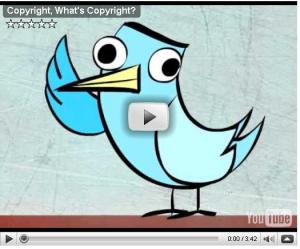 "Music makes information memorable. Abstract legal concepts can be expressed and remembered through engaging tunes and humorous visuals. These music videos give viewers a foundation for thinking critically about copyrightand fair use," said executive producer and Media Education Lab founder Professor Renee Hobbs of the School of Communications and Theater at Temple University. 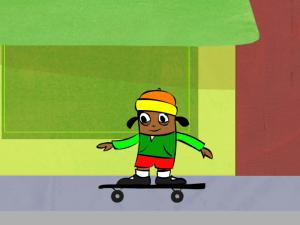 Created by graduate student Mike RobbGrieco (songwriter, producer) of Temple University and animator Geoff Beatty of Germantown Studios, the music videos bring an element of entertainment to lesson plans and classroom activities that help ameliorate copyright confusion among educators and students in both high school and college.

The song, "What'sCopyright?" brings a hip hop flavor to the perennial battle overrights to control and use various media, which resolves in a reggae-infused chorus claiming, "Copyright's for the people | copyright's to promote creativity | Balancing rights of users | And owners of intellectual property."

In the animated song, brightly colored bohemian characters from the city streets come together to create an urban mural, telling the imposing media executive "Big C" that everyone benefits from respecting the rights of owners and users of copyrighted materials. In creating the animation, Geoff Beatty drew on his hometown for inspiration for the video concept, saying,"Philadelphia is a city of murals, and nothing seemed to me a better example of building community between creators and users than a collaborative mural." 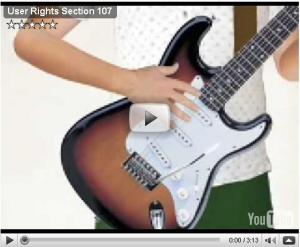 Through a righteous punk rock vibe, the song, "User's Rights,Section 107" pounds the abstract legal concept of"transformativeness" into the listeners' head with straightforward rock melody and infectious repetition. Beatty's animation uses cut-and-paste images from magazines to illustrate how media creators can "quote or use copyrighted material | without permission or paying a license fee | when the cost to thecopyright holder | is less than the benefit for society."

Composer Michael RobbGrieco sees the animated music videos as a childhood dream come true. He said, "Concepts of copyright and fair use are crucial for generations growing up online. I hope these songs give the cut-and-paste kids as good an introduction to these ideas as ‘How a Bill Becomes a Law,' that famous Schoolhouse Rock video created in the 1970s." 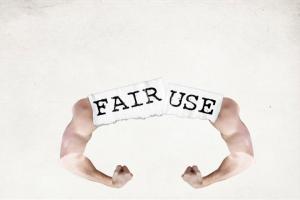 The release of two animated music videos completes the Copyright and Fair Use Curriculum Guide, developed by the Media Education Lab asa component of a two year research project funded by the John D. and CatherineT. MacArthur Foundation, which included the Code of Best Practices in Fair Use for Media Literacy Education, released in November at Philadelphia's National Constitution Center.